Alphabet sent a tremor through the worlds of digital advertising and ecommerce as it reported an unexpectedly severe slowdown in its core search ads business, prompting a sell-off in tech stocks and fanning fears of an economic slowdown in the US.

Third-quarter revenues at the largest seller of digital advertising in the US grew 6 per cent to $69.1bn. Except for a brief contraction at the start of the pandemic, it was the slowest rate of growth since 2013 and fell short of analysts’ expectations for an increase of 9 per cent, according to Refinitiv.

Microsoft added to the gloom for the tech sector on Tuesday as it warned of a marked slowdown in its cloud computing business in the coming months. Like search advertising, cloud computing had been seen as a business that was less vulnerable to an economic downturn than other parts of the tech market.

Shares in Alphabet were down more than 6 per cent in pre-market trading on Wednesday following the lacklustre results. Shares in Microsoft fell 5.7 per cent. The news, which came at the start of the earnings season for Big Tech, sparked a sell-off in shares of other industry leaders including Meta and Amazon, both of which fell by about 3.5 per cent in advance of the New York opening bell. Futures contracts tracking the tech-heavy Nasdaq 100 index dropped 1.4 per cent.

Google Search revenue grew 4.2 per cent to $39.5bn, missing forecasts for 8 per cent growth, while YouTube advertising revenue fell 2 per cent to $7.1bn versus analysts’ expectations for an increase of 4.4 per cent. It was the first decline for YouTube ad sales since the company started reporting its performance separately in 2020.

On a call with investors, Alphabet’s chief executive Sundar Pichai said it was “a tough time in the ad market”.

Ruth Porat, chief financial officer, said the slowdown was driven by the company “lapping the very strong third quarter” in 2021, when it benefited from a shift to online advertising during the coronavirus pandemic. But she said there had been a “pullback from advertiser spend in some areas”.

Alphabet reported diluted earnings per share of $1.06 for the quarter versus $1.40 in the same period last year and lower than the $1.25 expected by analysts.

The poorly received results were the latest sign of a slowdown in digital advertising and the world’s largest economy more broadly as consumers and businesses pulled back on spending at a time of soaring inflation. Marketing budgets are often the first place companies turn to when trying to cut costs.

Your Sunday Asia Briefing: Of Russian Oil And Chinese Balloons

On Tuesday, a closely watched gauge of consumer confidence fell to its lowest level in over a year. The so-called present situation index, published by the Conference Board, declined to 138.9, the weakest reading since April 2021.

Lynn Franco, a senior director at the Conference Board, said the sharp fall in the index suggested economic growth had slowed at the start of the fourth quarter and described consumer expectations as “dismal”.

Spotify, the audio streaming service provider that counts the US as its largest market, said on Tuesday that a “challenging” economic environment had hit its advertising sales in the third quarter, contributing to wider losses despite solid growth in its core business of selling subscriptions.

Last week, shares in Snap, the developer of Snapchat, lost nearly a third in value after it said advertisers were continuing to cut marketing budgets because of inflation and rising costs. 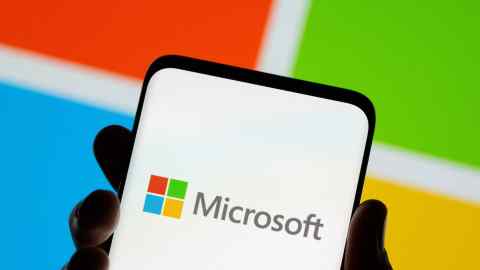 Revenue at Alphabet’s fast-growing Google Cloud unit increased 38 per cent to $6.9bn, but the division still recorded a net loss of $699mn compared with a loss of $644mn a year before.

Pichai told investors the group was “sharpening our focus on a clear set of product and business priorities”.

The strong US dollar knocked 5 percentage points off revenue growth, according to Porat, who said the company was “working to realign resources to fuel our highest growth possibility”.

Alphabet’s earnings set the stage for Facebook parent Meta, which reports results on Wednesday. Analysts expect its revenues slipped by 5 per cent in the third quarter.

Your Sunday Asia Briefing: Of Russian Oil And Chinese Balloons