Cinnamon Pull-Apart Bread for the Holidays 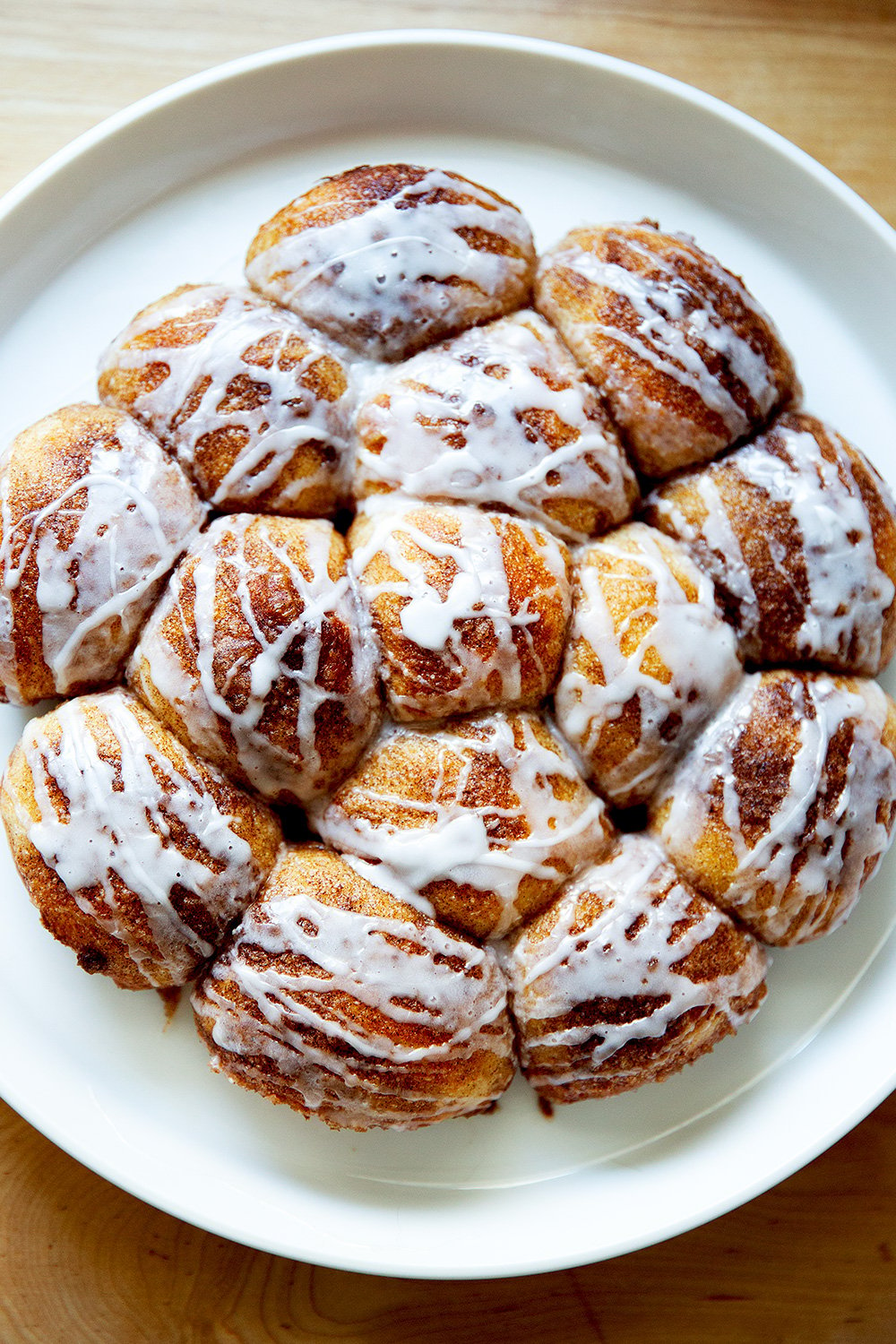 What’s everybody making this holiday? We’re having our Christmas feast early this year, so there’s not going to be any kind of formal breakfast. Instead we will make a pot of good coffee, slice up some navel oranges with pomegranates and serve Alexandra Stafford‘s cinnamon-sugar pull-apart bread. I love it because you can assemble the dough balls in a skillet the night before, then just bake the whole thing in the morning, and set it out all warm and cozy for the kids or anyone else to casually munch on. Ali’s recipes are always so good for this kind of thing — un-intimidating for the average baker, simple yet special. How delicious does that look? 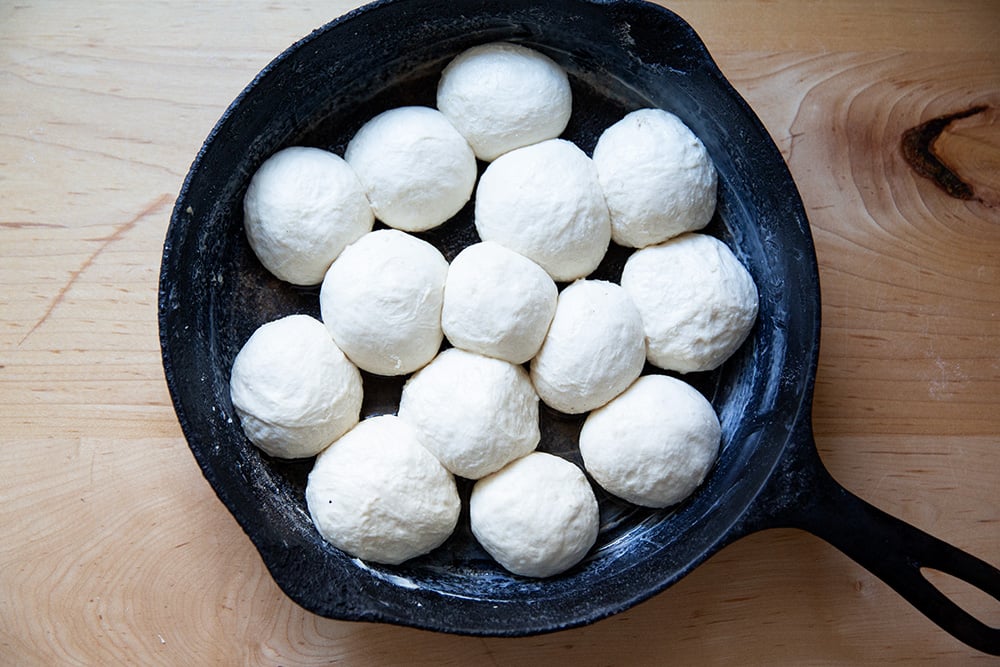 From Ali: “The key to making pull-apart bread, sweet or savory, is to handle the dough as minimally as possible. Don’t get hung up on forming perfect balls — irregularity is part of the charm of this communal breakfast (or dessert). As the portions of the dough rise, their imperfections dissolve into a cobble of cinnamon-sugar encrusted puffs. The glaze is optional, though a drizzle just before the mass is pulled to pieces makes for a pretty presentation. Note: You can make the dough ahead, get the balls in the skillet, cover and place in the fridge, then bake the next morning. I stick my whole cast iron skillet into a 2-gallon zip-top bag. This is key for preventing the dough from drying out. Plastic wrap or reusable beeswax wraps would work, too.”

In a medium bowl, whisk together 2 cups flour, salt, 1 teaspoon granulated sugar, and instant yeast. Add the water. Using a rubber spatula, mix until the liquid is absorbed and the ingredients form a sticky dough ball. Cover the bowl with a damp tea towel or plastic wrap and set aside in a warm spot to rise for 1 to 1 ½ hours, until the dough has doubled in bulk.

Set a rack in the middle of the oven and preheat it to 375°F. Grease an 8-or 9-inch cast-iron skillet or circular or square baking pan with the softened butter. In a small bowl, stir together the cinnamon and remaining ¼ cup granulated sugar. Sprinkle 1 tablespoon of the mixture over the bottom of the prepared skillet.

Spread ¼ cup flour over a clean surface. Using two forks, deflate the dough by releasing it from the sides of the bowl and pulling it toward the center. Rotate the bowl quarter turns as you deflate, turning the mass into a rough ball. Use the forks to lift the dough onto the prepared clean surface. Using as much flour as necessary from the surface, dust your hands and the exterior of the dough, then shape the mass as best you can into the ball. Using a bench scraper or a knife, divide the mass into twelve to fourteen equal-size pieces, each 1 to 2 inches in diameter.

Using as much flour as needed to prevent sticking, shape each piece into a rough ball and immediately transfer them into the greased pan, evenly spaced. Let rise for 20 to 25 minutes. The balls may not rise to fill the skillet entirely, but they will puff when they bake.

Brush each ball with some melted butter, then pour over the remainder. Sprinkle with the remaining cinnamon-sugar mixture. Transfer the skillet to the oven and bake for 20 to 25 minutes, until golden.

Meanwhile, make the glaze: Whisk together the confectioners’ sugar and milk in a small bowl until it reaches a pourable consistency, adding more milk as needed. Remove the bread from the oven and let it cool for 5 minutes in the pan before inverting the pan onto a plate, then invert it again onto a serving platter. Drizzle with glaze. Serve immediately. 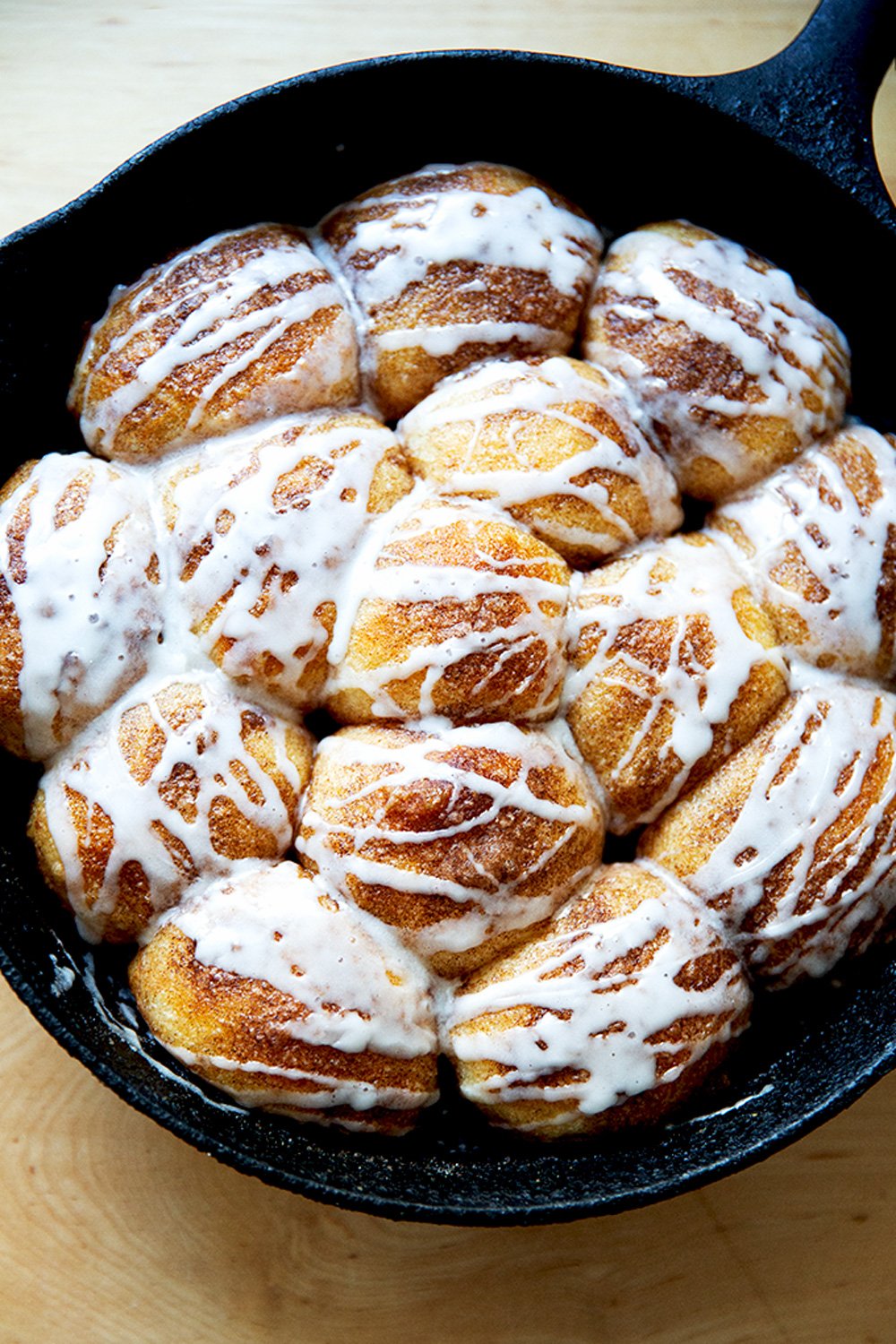 The Benefits of Detoxing

How to Handle Youth Sports as a Parent