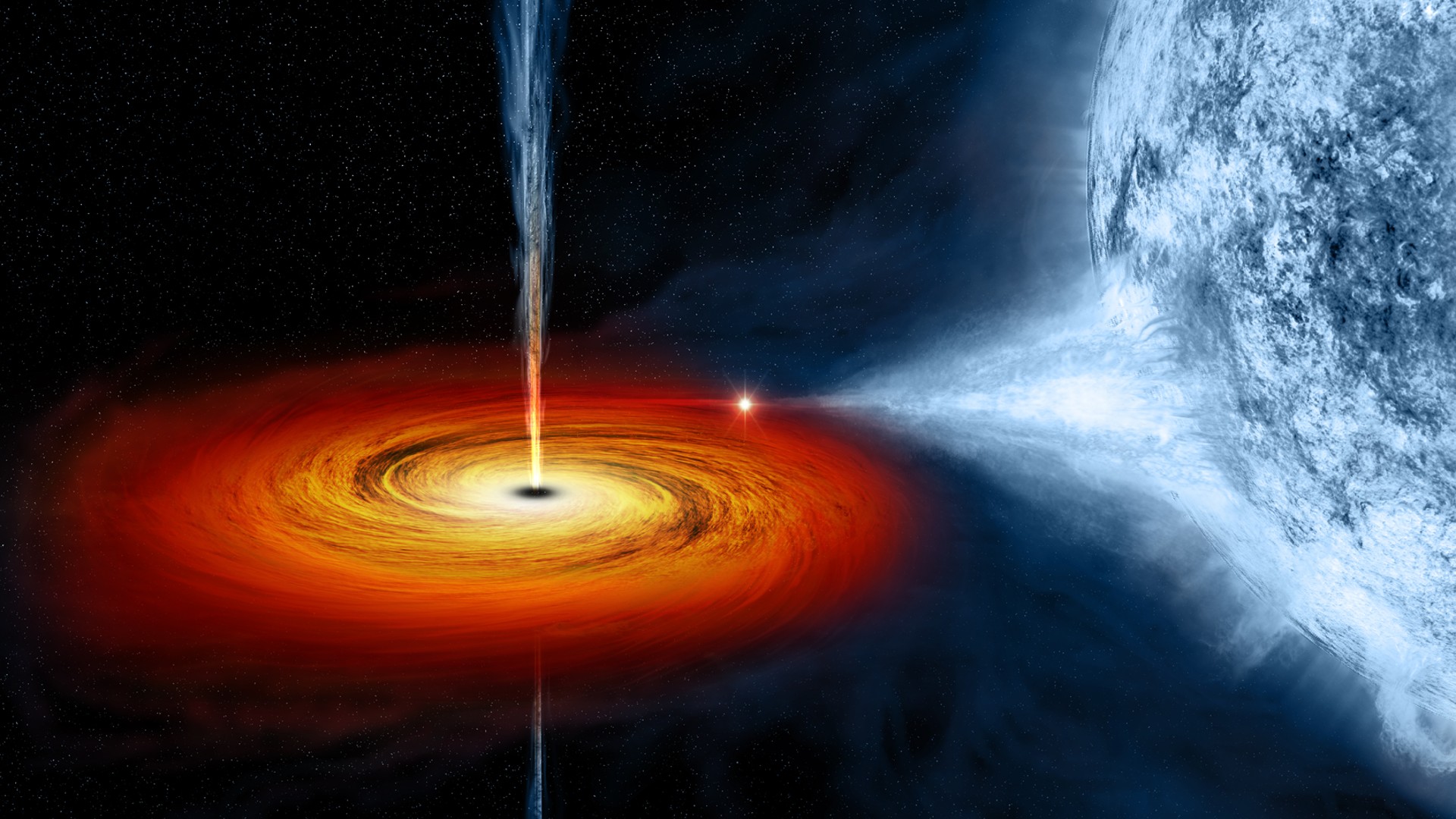 The joint NASA–Italian Space Agency Imaging X-ray Polarimetry Explorer (IXPE) has peered deep into the hot gas surrounding a black hole, in observations that are helping teach us how black holes both swallow and spit out matter.

IXPE launched in December 2021 to study some of the most highly energetic objects in the universe, including accreting black holes, neutron stars and pulsars. It does so by observing the polarization of the X-rays emitted by these extreme objects. Polarization is the principle by which sunglasses work — they block all light except that which oscillates in a specific direction. Similarly, the polarized X-rays that IPXE detects are electromagnetic waves vibrating mostly in a particular direction.

The polarization “carries information about how the X-rays were emitted,” said lead researcher Henric Krawcynski of Washington University in St Louis in a statement (opens in new tab). In regards to black holes, the polarization also tells us “if, and where, [the X-rays] scatter off material close to the black hole,” Krawcynski added.

Related: Scientists revisit the 1st black hole they ever discovered and realize it’s bigger than they thought

IXPE observed Cygnus X-1, which is an X-ray binary system consisting of a 21-solar-mass black hole and a 41-solar-mass companion star 7,200 light years away in the constellation of Cygnus the Swan. The black hole’s gravity is tearing matter from its stellar companion, and this matter is forming a stream of gas that spirals around the black hole and forms an ‘accretion disk’. Friction within the gas raises the temperature to millions of degrees, hot enough to emit X-rays. However, with frictional, magnetic and gravitational forces all in play within the disk, it has never been entirely clear to astronomers how some of that matter then falls across the event horizon and into the black hole’s maw, and how some of the matter is funneled into bipolar outflows that escape the black hole.

IXPE’s observations, combined with secondary X-ray observations by NASA’s NuSTAR mission and the NICER experiment on board the International Space Station, shed light on the shape and location of the material emitting the X-rays around the black hole in Cygnus X-1.

They find that the X-rays are being scattered off material in a coronal region 2,000 kilometers wide around the black hole. A black hole’s corona is formed of ultra-hot plasma and is suspected to be involved in the production of jets of charged particles that are seen by radio telescopes racing away from black holes like Cygnus X-1. The polarization of the X-rays measured by IPXE suggests that Cygnus X-1’s corona extends away from the black hole parallel to the plane of the accretion disc, and perpendicular to the jets. Hence the corona is either sandwiching the in-spiraling matter, or actually forms the inner part of the accretion disk.

Furthermore, the corona and inner accretion disk seem to be misaligned relative to the orbital plane of the the companion star around the black hole and the orientation of the outer accretion disk. This misalignment could have been caused as a result of the supernova that produced the black hole causing the black hole to spin at an angle to the system. This acute spin, and the gravity the black hole wields, could then have introduced torques in the inner disk, twisting and warping it.

The findings are published (opens in new tab) in the Nov. 3 issue of the journal Science.