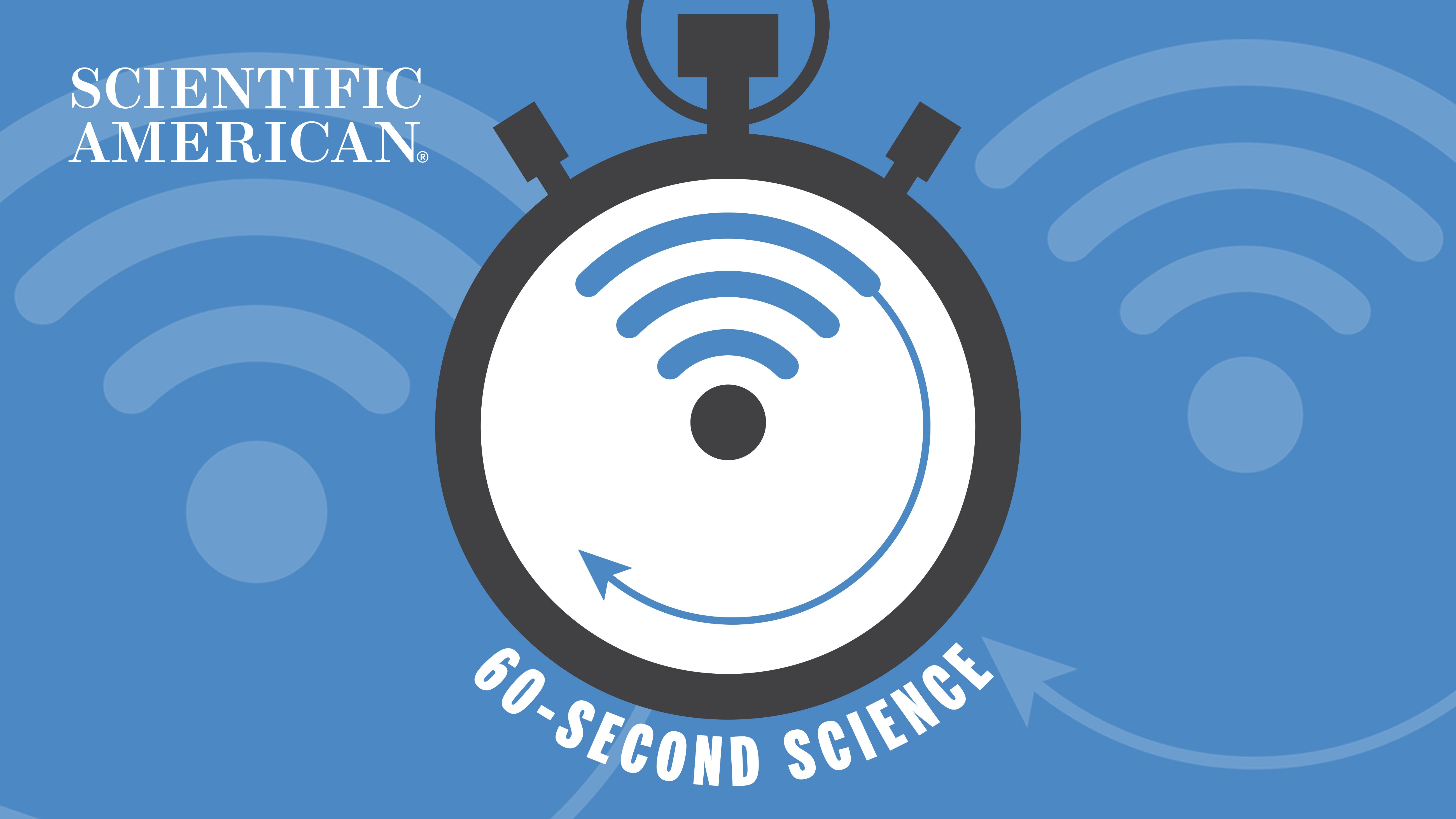 Jeffery DelViscio: Hello 60-Second Science fans, this is Jeff DelViscio, the executive producer of the podcast. First, I really just want to thank you all for being loyal listeners–for however long you’ve been listening.

And just in case that’s from the very start–you’ve been with us now for 16 years, 3 months, and 7 days, counting today.

(That’s near prehistoric in podcast years.)

In that time, we’ve published well over 3,000 episodes on every imaginable science and health topic.

Karen Hopkin, who has been with us the whole way–honestly she has…she just had a segment last week on how your female pooch is definitely judging your competence–described how MIT researchers were making water-saving materials based off of the nature tech built into the Namib desert beetle.

Here, for nostalgia’s sake, is that segment in full:

The biologist J.B.S. Haldane once said, “the creator, if he exists, has an inordinate fondness for beetles.”

Well, so do researchers from MIT. Inspired by the Namib desert beetle, MIT Engineers Robert Cohen and Michael Rubner have produced a new material that can trap and control tiny volumes of water.

The Namib desert in southern Africa is one of the driest spots on Earth. Its inhabitants survive by extracting precious moisture from the morning fog that periodically sweeps across the desert sands.

The beetle’s wings are studded with hydrophilic bumps that collect water droplets, and hydrophobic channels that funnel water droplets into the bug’s mouth.

The MIT scientists used a similar design for the beetle mimicking material, described in an online version of the journal Nano Letters. Such materials could be used to move small liquid samples around on a lab on a chip or to make tents that provide shelter and a cool drink to people who camp in the desert.

The water harvesting material might not represent intelligent design, but it’s sure a good example of intelligent imitation.

Thanks for the minute. For Scientific American’s 60-Second Science, I’m Karen Hopkin.

Which, really, is why I’m here talking to you all today.

The podcast that you’ve loved and listened to for so long is getting a major update. We’re going to start with changing the name to reflect reality (we’re into reality around here).

The show hasn’t been just a minute for a long time, so we’re going to stop saying it is.

But the show isn’t going anywhere. Exactly the opposite.

In the new year, we will be back with a fresh new name and look. We’ll be publishing more often–every Monday, Wednesday and Friday, to start.

And we’ll take you on sonic journeys that still respect your time–so, they’ll be quick–but we’ll also expand the breadth of what we cover.

It’s going to be really fascinating and fun, and we want you all along for the ride.

While we prep for the big relaunch, we’re going to take an extended holiday break (plus a little bit).

But don’t worry, we’ll be back in your podcast feed in early 2023 with new, exciting shows that dive into fascinating science and still leave you in wonder…but with plenty of time left in your day for everything else.

We’ll see you all then. And thanks.