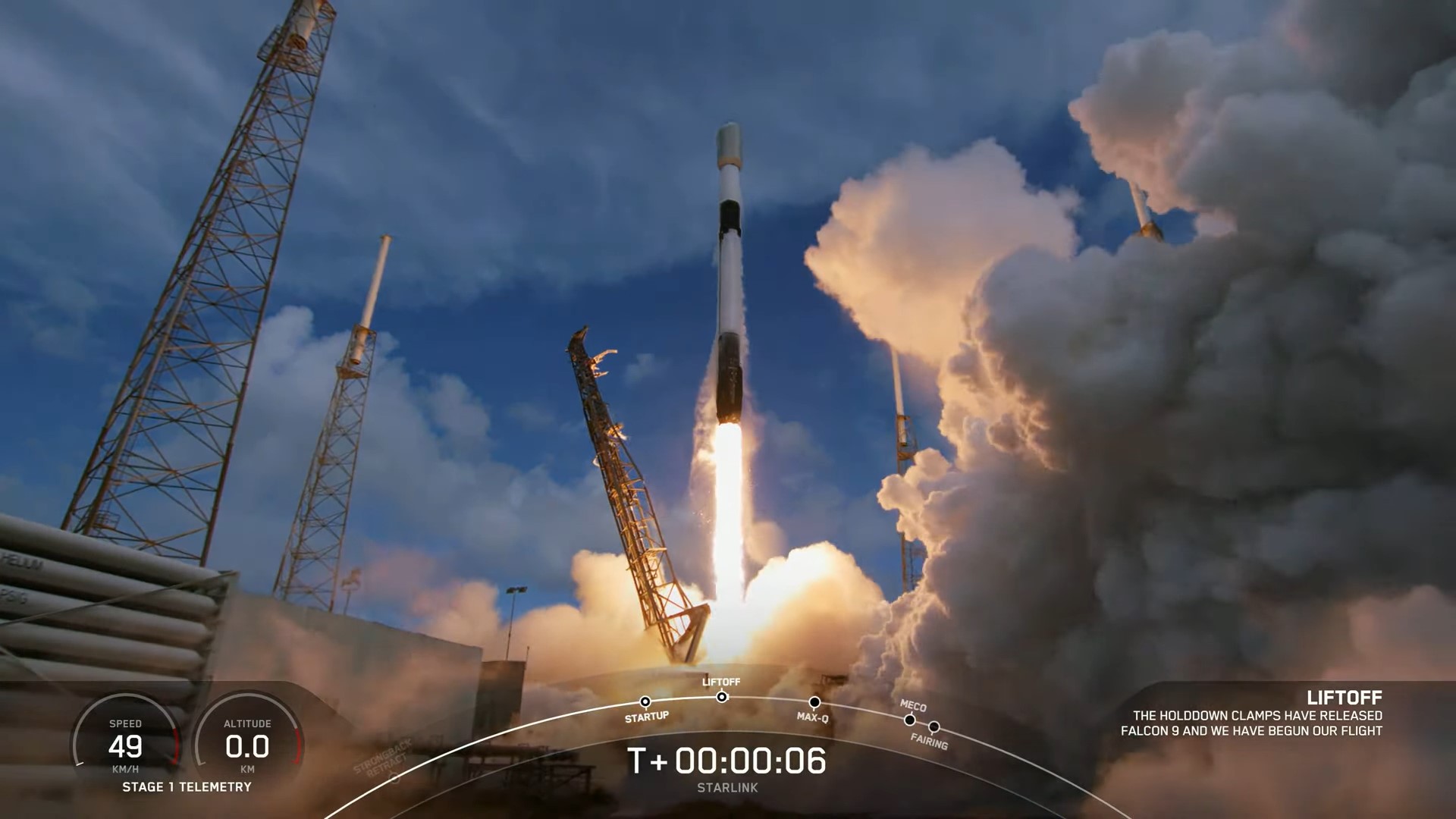 SpaceX is ready to expand its satellite-internet constellation once again.

SpaceX‘s 48th launch of 2022 will feature a set of 54 Starlink satellites, which are scheduled to ride to orbit on Thursday (Oct. 20) at 10:50 a.m. EDT (1450 GMT). You can watch live here at Space.com, courtesy of SpaceX. Coverage will begin about five minutes before liftoff.

A Falcon 9 rocket will bear the Starlink Group 4-36 satellites aloft from Space Launch Complex 40 at Cape Canaveral Space Force Station in Florida. The Falcon 9’s first stage will touch down a little less than nine minutes later at sea atop a SpaceX droneship, if all goes according to plan. The satellites will deploy into low Earth orbit 15.5 minutes after liftoff.

Starlink is a constellation of internet satellites built mainly to provide service for remote areas. The network is huge and ever-growing; with more than 3,100 estimated operational satellites (opens in new tab) in orbit, SpaceX has hopes to expand that by tenfold pending regulatory approval.

Starlink service has proven crucial to besieged Ukrainians during the ongoing Russian invasion of Ukraine, and SpaceX recently pledged to keep funding the constellation’s Ukraine service after initially saying the Pentagon should help bear the cost.

SpaceX had a then-record 31 launches in 2021 and is close to reaching 50 already in 2022, with more than two months left in the calendar year. Many of this year’s launches have been devoted to Starlink, but others have sent NASA astronauts to the International Space Station and lofted U.S. military satellites, among other tasks.